Download Sounds and Samples for the
Akai MPC 2000 xl 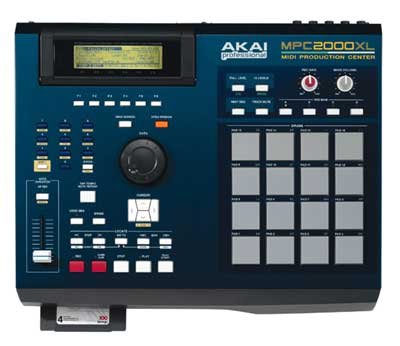 Best of all, though, is that this power works with you instead of against you – if you’ve ever used a computer-based sequencer/sampler, you’ll know exactly what we mean!

Whether you’re producing drum ‘n’ bass, sequencing a rack-full of MIDI modules or performing live; whether you’re programming intricate drum parts or triggering loops, you’ll love the self-contained convenience and ease of use the MPC2000 XL gives you and the MPC2000XL’s friendly and intuitive user interface simplifies the expression of your creativity.

The MPC200 XL compact and rugged build also means that is equally at home on stage as it is in the studio.

SOME KEY FEATURES OF THE MPC2000XL

* Sampler, drum machine and multi-track MIDI sequencer in one instrument

* Dedicated buttons for the most commonly used functions

* Note Variation slider for programming a wide variety of dynamics

* Step Edit mode for fast recording, viewing or editing of any event in a sequence